Living in a city has its perks – you have countless job opportunities and social activities on your doorstep. However, the cost of living in a city can be a major downside. Everything from property to food prices is more expensive, which can make it difficult to financially survive if you’re living on a small income. Whether you’ve just moved to a city or have lived in a city your whole life, these tips will help you to spend less and stay financially stable.

Don’t be picky with accommodation

When you live in a city you have to accept that you get much less for your money when it comes to finding accommodation. What could buy you a three bed house in rural Wales may only get you a bedsit in certain parts of London.

If you’re living alone, you can’t afford to be fussy about space. Settling for a room to rent rather than a two bed apartment will save you a lot of money, which you’ll be thankful for. There are many single room properties that are in good condition and cheap – you don’t have to settle for a broom cupboard.

If you need a property of a certain size due to having a family, you may have consider sacrificing other elements in order to get an affordable property. Location can play a big part when it comes to price – the further away you are from a train station, the cheaper. Contrastingly, living right next to an airport is much cheaper. You can also save money by living on the outskirts, but bear in mind that you could have a more expensive commute if you work in the centre.

There’s also alternative property to consider such as houseboats – a cheap option if you’re looking to buy property. Even with the cost of mooring and maintenance, it can be much cheaper than buying a flat in most cases.

You can save a lot of money by sharing. If you’re looking to move out by yourself – why not consider moving into a shared house? You could even move into a place with close friends or siblings, allowing you access to a bigger property at a cheaper rate simply for the condition of having to share with other people. 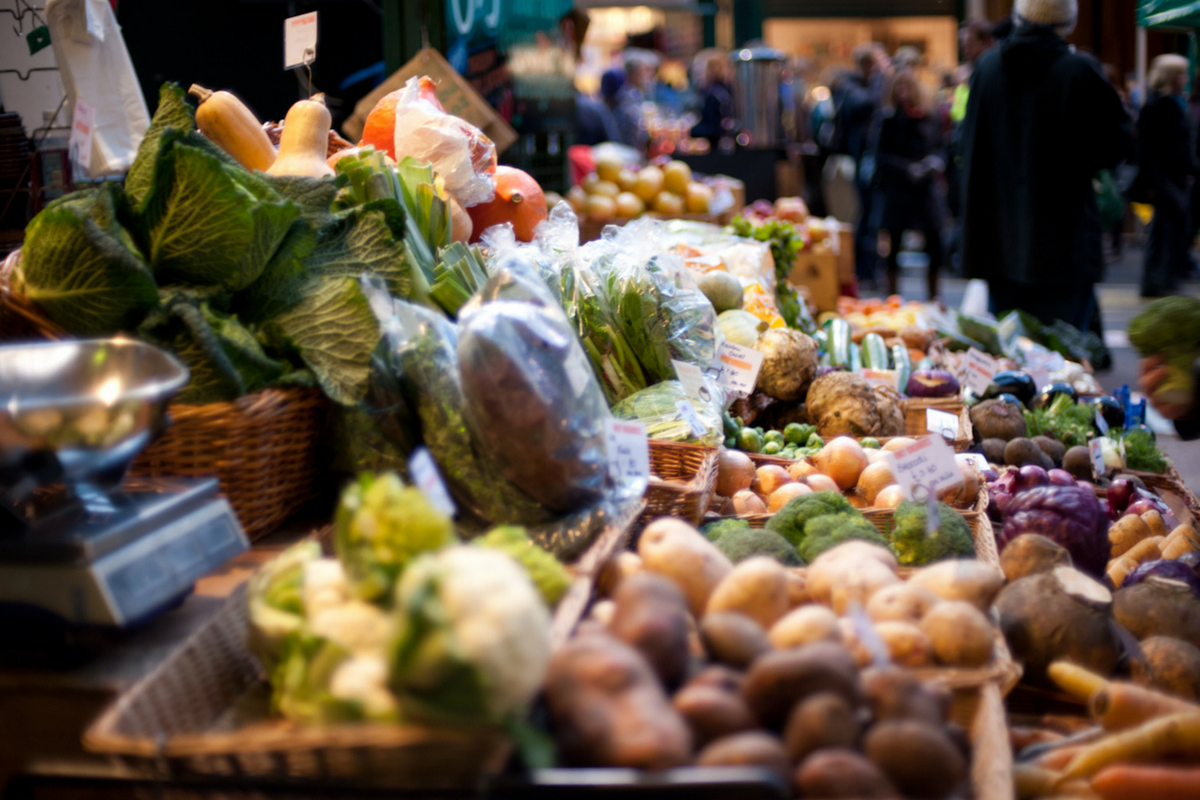 On the topic of food shopping, this is something you’ll probably want to reduce the cost of too. Groceries are much more expensive in cities, although you can still find some bargains.

For example, when it comes to supermarkets, there are lots of ways to save money on your weekly food shop. Collecting coupons can often help you to get great deals on food. You can also try experimenting with own brand food rather than buying food from other brands that could be three times more expensive. Buying food in bulk is also recommended – a large pack of pasta is likely to be proportionately cheaper than if you were to buy the same amount of pasta in small packs. You can also save money in the reduced section where prices on food are often slashed due to the food being on its sell by date.

Alternatively, you could avoid supermarkets altogether and save money shopping at your local market. Whilst certain famous markets may come with more premium produce at a more premium price, small local markets can often sell much cheaper foods.

All in all, keep within a budget and be prepared to shop around for certain ingredients.

Take your own coffee to work

Cities are often brimming with coffee shops – when you’re in need of a caffeine hit, it can be difficult to resist the temptation to nip into Costa or Starbucks on the way to work. If you can’t function in the morning without coffee, consider buying a thermal flask so that you can bring your own coffee from home. You could even invest in a home coffee machine if you don’t want to drink instant coffee – you’ll likely still save more in the long run.

The average cost of alcohol is also much more expensive in cities than elsewhere in the country. If you’re going on a night out and want to save your pennies, you may want to stay at home and do some predrinking first. Alcohol from a supermarket is proportionately much cheaper, allowing your money to stretch further.

Do your research into cheap bars/restaurants

When it comes to eating out and drinking out, choose your bars and restaurants wisely. There are cheap places to eat and drink that aren’t dives if you’re willing to venture beyond the popular food/drink areas.

If you don’t mind a young crowd, look for student bars where you’ll often find cheaper drinks or deals on certain days of the week. Similar, certain clubs may have promotion nights where women can get free entry. On top of this, there are big chains like Wetherspoons that pride themselves on their cheap prices.

When it comes to restaurants, keep your eyes peeled on social media for new restaurant openings – such restaurants could be offering a free taster session. It’s also worth using voucher codes to help you get a cheap meal out. Such voucher codes are generally only available for restaurant chains and can be found online on coupon sites. 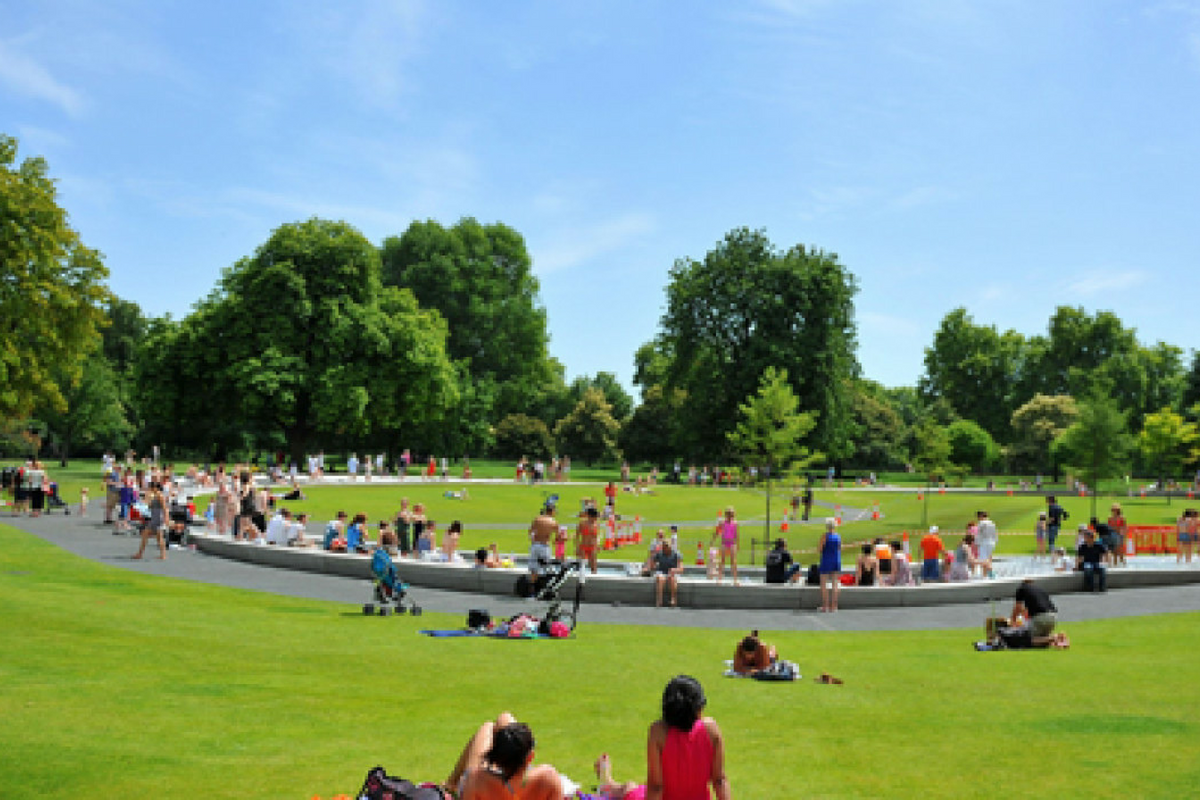 One of the joys of living in a city is that you’re never short of things to do – there’s always something new to preoccupy your time. The added bonus is that many of these attractions are free. For example, many museums in the UK are free to enter, which could make for a great day out with kids. The same applies to art galleries, which are often free to visit. On top of this, you can explore churches and cathedrals for free in many cases.

There’s also a lot of free street entertainment and attractions to be found within cities. It’s worth keeping your eye out for local festivals and parades that you likely won’t have to pay any money to see. You can also try out various city markets and one-off thrift events – quite often, wondering around these markets can be fun in itself even if you don’t buy anything.

Meanwhile, if you need an escape away from the urban hustle and bustle, you could always try having a day out in your local city park. Many cities have huge parks that may themselves be home to events. You could play games in the park, have a picnic or simply go on a walk and explore the wildlife.

Invest in a travel card for public transport

If you regularly use public transport, consider investing in a travel card if your city has one. London has the Oyster card, Liverpool has the Walrus card, Glasgow has the Bramble card and Cardiff has the Iff card just to name a few. These smart cards often have point systems or bonuses that can allow you to save money the more journeys you take. Talk to someone who works for your local transport provider to find out what opportunities are there.

Use your legs to get around

The great thing about living in a city is that everything is walkable – yes, it may take you a long time to get to certain places, but you aren’t bound by other forms of transport as you are if you live somewhere rural. When you’re not in a hurry, try walking to places to help save some money. On top of helping you to save your finances, it could help you to stay fit and allow you to see new sights along the way.

You can also try cycling to places. A good bike can be an investment, but you won’t have the fuel costs of a car not the constant charges of public transport.  Cities are often well set up with cycle paths so that you don’t have to join the busy road traffic. Cycling will also keep you fit but could be much quicker than walking, allowing you to get places faster – it could even be a possible means of commuting.

Taxis are some of the most expensive ways to travel. However there is a similar cheaper option known as ridesharing. This is still a recent phenomenon – in basic terms, it allows you to share a ride with somebody who may be driving to the same destination that you’re going. There are rideshare apps that allow you to connect with drivers in your area.